First time there, early 2009, and I think they were still a relatively new restaurant at the time with an executive chef transplanted from New York via Colorado who brought with him his own coal-fired oven. Just kidding, I'm sure the oven didn't fit in a suitcase. But it was the first coal-fired oven in Austin, riding the trend of coal-firing rumored to be available in that heinous step-sister city Houston. But we were too hip to openly envy them for it.

Anyway, it was our first time and we liked the pizza a lot, but had a weird experience. They tried to seat us at a weird table wedged in at the top of the stairs. We asked for a different table, which is something we rarely do. We liked our pizza, but got a weird vibe from the waitress. She told us next time we needed to order the prosciutto and goat cheese pizza, said like it was a command and with a hint that we hadn't ordered to her liking. She pushed appetizers and drinks hard and she acted noticeably schmoozy which skeptical me reads as wanting a big tip. Also, I asked her about the three types of pizzas "Neapolitan", "Specialty" and "New York Style" and was told "Neapolitan has more European toppings", whatever that means. I notice they've stopped making those distinctions on their menu now.

Anyway, the weird experience and out-of-the-way (for us) location kept us from going back until recently. We are so glad we did. This time had all of the goodness and none of the weirdness. The tables are still kind of forced in close together. We were seated downstairs where we were able to see the pizza dough thrower guy, which lends a lot of authenticity. He was very skilled, tossing the dough into larger rounds than what is offered on the menu (does it shrink that much, or do they have a secret extra large size not on the menu?) Also in full view, the open coal-fired oven, their signature feature. Atmosphere-wise, this was a weekday evening and there were a lot of forty- and fifty-somethings, no kids. I know when you think pizza, you expect kids, and I'm sure kids are welcome, but this night had more mature diners. The men at the bar were talking tannins, not hops. I overheard the bartender playing along with a reference to the movie "Sideways", but other than snippets, the noise level was civilized dull roar, heightened by the high ceilings and close quarters. Music was Rat Pack and Billy Joel's tribute to New York. Ah, pizza and maturity. I never knew I could have them at the same time.

The staff was overly attentive tonight, but not in the weird way as before. Drinks were kept filled and management checked to make sure we were enjoying it. And not just out of habit, it seemed that they cared we were having a good time. Off to a good start.

Thanks to my obsessive note-taking, we knew how we wanted to order this time. We had commented that the meatball topping on our previous visit was a little bland. This time, although there were tons of topping choices, we went simple and traditional, double pepperoni and roasted garlic. The crust is a very thin crisp layer on the bottom with a nice snap crackle pop to it. It's not, however, a cracker crust with those distinctive cracker air bubbles on the bottom. For me, that's a positive. There is charring, but subtle. The "top" of the crust is a bit "wet" from sauce, although they sauce it very lightly. The sauce itself is a bright simple tomato sauce, not overly herbed. Ingredients are noticeably high quality and the pizza, even with traditional pepperoni topping, tastes well above average pizza. We can see why it's a little more expensive than other pizza joints. The pepperonis were crispy, which elevates their flavor and the roasted garlic, my favorite hard-to-find topping, was plentiful. I want to kiss them for offering it. The simple combination of flavors was well-balanced and sublime.

We'll surely be back despite the long drive. This was worth it for the relaxing atmosphere and delicious pizza. 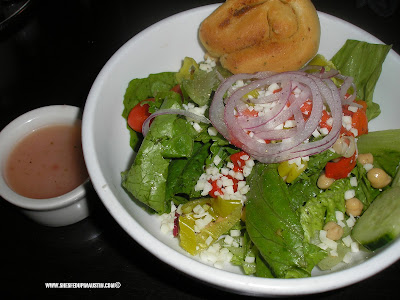 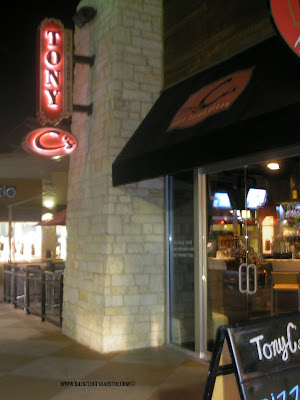