Outside the main entrance to 360 Uno Trattoria, there is an added room with windows onto the parking lot and a neon sign in scroll-y letters announcing their "Pizza Gallery". My husband, The Grumpy Fat Man said "Pizza Gulag? Where are you taking me?" Here's a link to his funny recounting of our trip to the Pizza Gulag, I mean Pizza Gallery, which is really just the restaurant side of 360 Uno.

Entering the main door, you are in the casual side of 360 Uno, where you can order coffees, glasses of wine, gelato, or other cafe items. There is a doorway midway along the way, heavily draped with a foreboding velvet curtain where you can await to be granted entrance to the full service dining side. We know that because there's a weird little sign at the velvet curtain saying "Full Service Only". Hmm, should I hand them my car keys and tell them to top off the air in my tires?

Anyway, a young man in white shirt and black slacks asks if we have a reservation. I can see in. The dining room is less than a quarter full. I said "Do we need them?" (This is a Pizza restaurant, right? Or is it a Pizza Gallery where the waiflike patrons of Westlake just look at pizzas on the wall and comment on the pizza artist's angst as defined by the placement of the black olives?)

Oh, his answer was "No", we didn't need reservations, but he told us he'd ask the manager if we could take the reserved table that someone had not shown up for at 7pm. (It was at least 8:30 at the time, oh and there were still more empty tables than occupied ones.) It takes the host an eternity of at least five minutes to come back and let us know we could have the Reserved table. During that time, my husband was about to walk out. I didn't have to look back to know he was rolling his eyes. He doesn't abide pretentiousness, but I can see how this place might use it to their advantage in Westlake.

Our host turned out to also be our waiter, who quickly snatched up the wine glasses the table had been pre-set with when we declined wine. I think he may have huffed while doing this. This set off more eye-rolling, actually from Grumpy and me. Oddly, our Reserved table had no flatware, although a few of the other tables were pre-set with utensils.  They brought out my husband's salad and we almost played the "how long will it take them to notice" game. Actually, to try to smooth out the evening, I offered to grab some off one of the empty tables, but hubby wouldn't hear of it. I finally asked a passing waitperson and she was apologetic. He finally got to start on his salad, which was simple and delicious (he shared with me). It was just bright fresh arugula, some grated parmegiano reggiano, and a lemon vinaigrette.

The meatball appetizer was good. The meatballs were moist, and I suspected they had been steamed to keep them that way. The marinara was simple and delicious. We enjoyed the dish.

When the pizza was brought out, our waiter slammed our plates down on the table. Did we betray him in a past life? Did either one of us look like a former lover that jilted him? At this point, we were enjoying the food and the "show" and just laughed about it.

The pizza was the Tutti Carni (all meat) and it was delicious. At first sight, I wasn't impressed with the crust. It looks like it's going to be the "cardboard" style mass-produced pizza crust with pre-poked holes to eliminate the beautiful bubbles from a hot oven. And they didn't let any charring mar the beauty of the crust either. It turned out it was a simple crust to allow the toppings to shine. They sliced the Italian sausage lengthwise so that each piece was adorned with plenty of sausage. The pepperoni was imported and was thinner and larger around than most pepperonis. The seasoned meat, when tasted alone, tasted like taco meat. I'm not kidding. But somehow, all of the flavors worked together beautifully.

The waiter, finally loosening up the attitude in the end, told us they have free wine tastings every Friday. Maybe he was just glad to see us leave. But, we'll be back, when we want some good food and a good laugh. 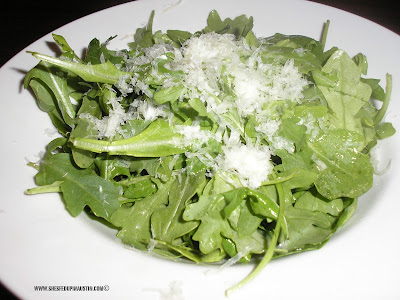 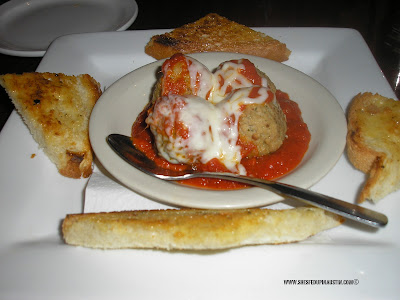 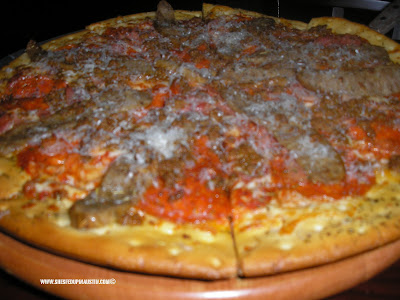 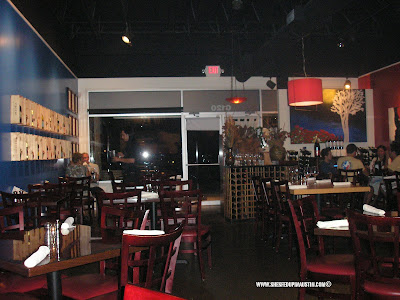 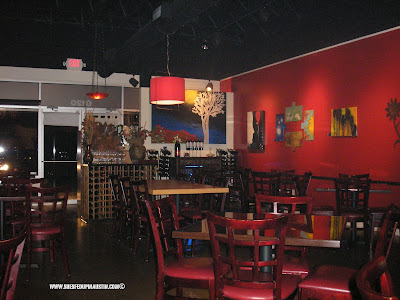