What a find! I'd never been to Sperry before, but I started hearing a buzz about a brand new restaurant with good comfort food, so I talked Grumpy into going on a little excursion. It took us about forty minutes to get there from the Woodland Hills Mall area, so plan your hunger accordingly. Also remember, it's not fast food. Everything is made to order and from scratch.

We decided to reward our patience by ordering chicken fried. CFS for him, chicken for me, then we cut them in half and shared. Isn't that what old married couples do? He opted for sides of onion rings and sliced tomatoes. I had traditional mashed potatoes and gravy and corn. Both plates came out beautiful. The picture of what good chicken-fried should look like. Not even a bit greasy. The steak was impossibly tender, unlike most CFS. The batter was crisp and seasoned basically with black pepper. "Momma" (well, April, the owner) talked to us after the meal and shared her secret technique, but not her recipe. I'm sure she'd be happy to share some secrets if you ask. Mostly she gave credit to her Grandmomma and Momma for "teaching her well".

After we were served, Jesse (I think that was his name, he was the awesome new day cook) came out and asked how everything was. He was worried that he might have gotten the onion rings too dark, but they were actually perfect. I love when restaurants care that much about getting it right and when they want your feedback.

How did I almost forget to talk about the gravy? Our meals came with cream gravy, but our waitress, Shirley asked us if we'd like an extra cup of gravy for dunking. Um, yes please! Ok, has anyone really ever said no to a cup of gravy? Anyway, this gravy is definitely not from a package. (I hate packaged gravy as much as I hate frozen french fries). This is real gravy. It's really good gravy. In fact, you'll say "Good gravy!" when you eat it. Even after we had finished our meal, we were still eating the gravy. April revealed to us that the chicken frieds were deep fried, so I had to ask how she made such good gravy without pan drippings. Oh, but that's secret too. Her momma just taught her right.

We ended the meal on an absolutely perfect note. We both got slices of blueberry pie with ice cream. This was the best blueberry pie I have ever had in my life. April and Jesse stopped by to chat some more and we couldn't stop gushing over the pie. It was Jesse's first time making it from April's recipe from a secret 1930s cookbook. That's all she'd give up, and I can see why. But, even with the recipe, I'll wager that few could duplicate this, particularly the crust which was tender and flaky and almost cookie-like.

Now, keep in mind we are full to the brim, but during the discussion it comes up that my hubby doesn't like catfish. April takes this as a challenge and tells us to wait while she fries up a piece of hers. She comes back with a pretty big chunk (so I feel obliged to help eat it... hee hee). Hubby does indeed like the catfish since it doesn't have any of that dirty water flavor. I am already a catfish lover, so I think I'll be ordering that next time.

Overall, such a great experience. April's love of her handed-down recipes and her staff's enthusiasm made us feel right at home. We left full and happy. Comfort food at its most comforting. Comfort food without having to do the dishes after.

On an only slightly related note, whenever I think of Chicken Fried Steak, I think of one of my favorite Sheldon quotes from Big Bang Theory. Sheldon, as you know was from Texas and the guys were surprised he knew a lot about football. He then says, "If you're interested, I also know all about frying meat that isn't chicken as if it were chicken."

One quick note: At this time Momma's not set up to take credit cards, but expects to take debit cards soon. For now, take cash or check. And, the dessert selections may vary, so if you plan to try the blueberry pie, I'd call ahead first.

Here are the pics from our little trip... 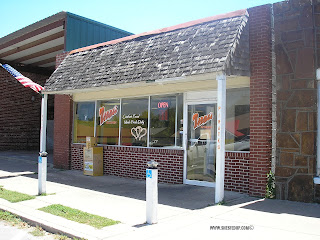 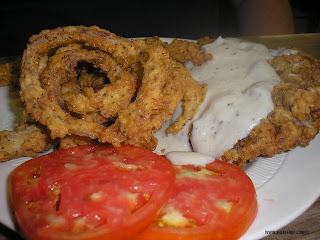 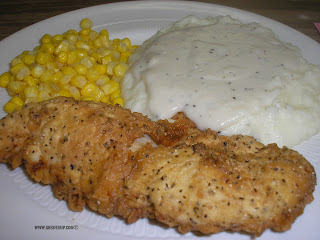 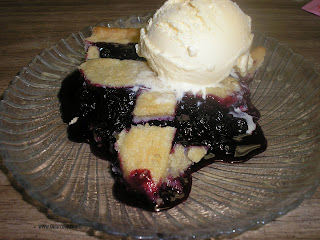